Is Not Being Persuaded a Survival Strategy? 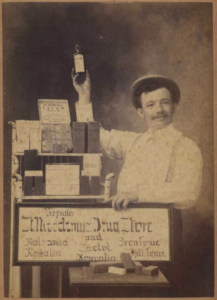 I’m reading this book about how people change their minds, written by an activist and apparently for activists. I just finished the chapter outlining all the ways people refuse to change their behavior even though they *claim* to be swayed by evidence, or to be consistent, or to have altered their attitudes.

And I find myself completely on the side of the people.

This guy doesn’t give any evidence that he cares one bit about the people he’s asking to change. He sees them as walking wallets and potential foot soldiers. Anyone who changed their minds in response to his arguments would be a fool, because he does not have their best interests at heart. In fact, people who could be easily swayed by those kinds of arguments, from those kinds of people, have probably been strongly selected against (by which I mean, they died off in the service of some charlatan’s cause).

Now I’m wondering what lessons activists might draw from *that*. There are a lot more chapters left in the book and when I’m over my snit I will check them out.

My Wish was Granted
Nobody’s Ally
A Monster Calls (if only!)
Font Styles for Metallic Text in Word
This entry was posted in real life. Bookmark the permalink.