College Girl Literature – does it matter? 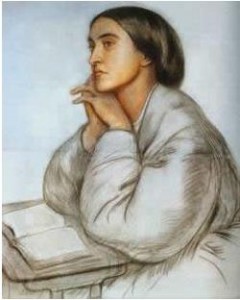 My new fave blog, Geekachicas, posted last year on College Girl Literature and recommended some of my favorite books.

The thing that made me uneasy, though, was that these were my favorite books quite a while before I entered college.  I kept reading children’s lit all the way through my PhD, but I added other stuff.  Mind you, that wasn’t hard to do at my alma mater, where absent-minded student workers did things like shelving ‘Justine’ in the children’s section.

I spent more time reading during college than at any other time in my life. I read by authors, discovering an author and reading the entire collection. So I read the complete works of Captain Marryat. I don’t remember what any of the books were about, but I will never forget cutting the pages for myself, as I was the first person ever to open the books since they had been donated to the library.

What’s most amazing, though, is how little of all this remains in my head.  Basically, I remember humor and Victoriana.  The further a serious author’s basic framework is from ‘Little Women,’ the less of that author I remember.   Most of the American literature and ‘modern writers’ my professors introduced me to  is mushed together in my mind as  ‘stuff about suburban men’s discontents.’   Of all the thrillers I read, the only one I remember anything about is one in which the spy who defected to a cold, grey, dismal country turned out to be a Russian who had defected to Canada.  The romances my father liked in his later years were as tasteless as packing peanuts, and the Michael Crichton and Robin Cook books are only of interest now for their medical scenarios, which I sometimes read to my students.

Reading by Window. Retrieved from clipartpal.com

The fact is, my concerns are Victorian concerns, and they come from being raised on a self-selected diet of Victoriana.  Our house was brimming with all kinds of books, but the ones I chose to read were ‘Sherlock Holmes’ and back issues of ‘Harper’s Round Table’.  The ones I wanted my parents to buy me were ‘A Little Princess’ and Louisa May Alcott, and the ones I picked up at used bookstores were ‘Pollyanna’ and ‘The Secret Garden.’  The moral issues I cared about were schoolgirl rules of proper behavior, societal concerns of charity and noblesse oblige, family dramas of abuse and escape. The outside world moved on to replace these with issues of rebellion, self-esteem, justice, welfare, midlife crises and divorce, but I have never really made the transition.  I continue to operate in a world where ‘A lady doesn’t do that’ is the most effective moral stricture and a proper family supports its servants in their dotage.

For me, ‘college girl literature’ was beside the point. I was firmly set in my ways by the time I entered college — and maybe that’s the point of the Geekachicas post, that childrens’ books are the ones that form us.  Would someone who hadn’t read so much, or so narrowly, be influenced by what she read in college? Or is there a time early in life in which one’s moral compass is calibrated, never to thereafter deviate from True North, and is getting people to read in college just an exercise in frivolity?

What do you think? Of the significant books in your life, how many were introduced in college?

My Wish was Granted
Nobody’s Ally
A Monster Calls (if only!)
The Secret Life of Flies by Erica McAlister
This entry was posted in life around campus, reading, real life. Bookmark the permalink.