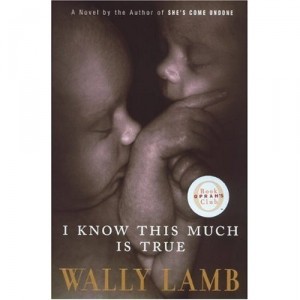 This summer, I’ve been reading more mainstream fiction than I have for a long time. A friend suggested “I Know This Much is True” and “The Tiger Claw,” and I’ve been reading them with the same kind of surprise with which I rediscovered Robertson Davies’ style of writing earlier this year. 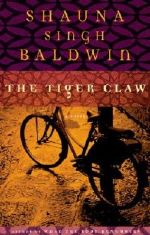 What’s struck me is the complex  structure of these books. Lamb’s book jumps forward and backward, from current events to remembered ones; Baldwin’s shifts points of view, times, between third person and letters. Not that this is something either new or unusual in literature, but I don’t remember seeing much of it in the fantasy I’ve read recently.

In most fantasy books I’ve read over the past few years, stories tend to be straightforward in structure. Of course there are stellar exceptions like “Jonathan Strange and Mr. Norrell” and “The Orphan’s Tales,” but generally I would have to say that the fantasy I’ve read in the past year has been — workmanlike.  It’s all good, it’s all well-written, it’s all imaginative and interesting and enjoyable, and I would have a hard time telling who had written most of it if the covers were taken off.

I used to think this was a strength.  While critically acclaimed authors wasted everybody’s time with stylistic fluff, genre authors buckled down and delivered a story worth reading, with none of that self-indulgent nonsense.

Now, though, I’m finding the structure of mainstream novels delightful. I love the idea that  members of Oprah’s Club can be counted on to sail through works that jump backwards and forwards through time. As a writer, I love the idea of just telling the part of the story that needs telling at the moment, in the voice that needs to be telling it at the moment. But as a fantasy writer, I find myself wondering once more where I picked up the idea that I shouldn’t do this sort of thing — that a workmanlike, straightforward structure was the only acceptable form for a fantasy. Though I’ve never attended a writing workshop, somehow I’ve internalized a workshop’s worth of prescriptive rules for writing fantasy. And now I find that nobody outside this imaginary genre workshop seems to give a rip about any of them — least of all, the readers.

A Philistine Reads About Art
Credible Fiction
Cat Valente’s Excellent Idea
I seem to love stories about bears
This entry was posted in reading, writing. Bookmark the permalink.