The Anatomy of a Jack-ass Argument 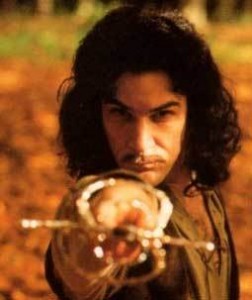 My students were analyzing a case study and I went over to bother them, the way you do. “Here’s my hypothesis,” one of them said.

I recognized my own words coming out of her mouth.

I ask students to form hypotheses rather than theories. I do it as lip service to an argumentative strategy from my discipline that I think is bullshit, inane, counterproductive, and deserving of scorn; but I also think my students did not sign up to be cannon fodder in my personal crusade, and ‘hypothesis’ is a perfectly good way for them to sidestep the whole nonsense.

The argument I refer to is, of course, the ‘Scientists don’t mean what you mean when you say theory‘ argument for evolution. This offensive demand that English speakers reinterpret what they mean when using their own language has been trotted out for far too long as if it were going to convince somebody of something, some day, if we only said it often enough.

Back in the ’80s, when a whopping 48% of USians rejected evolution, I was in grad school studying evolutionary biology. So I got to be in on alarmed discussions in the field, and was taught this foolproof argumentative strategy.

Here’s how it went:

Evolutionary Biologist: That’s not how scientists use the word theory! We use it to mean something that’s established by multiple lines of evidence. After all, we call gravity a theory too. You don’t think that’s in question, do you?

Creationist: I know what ‘theory’ means. I’ve been speaking English my whole life. You can pretend it means whatever fool thing you want, but I know my own language!

Well, this has been going on for thirty-plus years, and I’m happy to report that the percent of people in the US who disbelieve in evolution is now … 33%. Our side is winning at the rate of 0.5% per year. Which is, frankly, better than that argument deserves.

If you think a concept is really important, you’ll create a language that allows you to talk about it precisely. Like metastasize, or atherosclerosis, or eutrophication. Those are examples of working language, used by people who want to accomplish something other than messing with folks’ heads and picking fights. And they are the kind of words that will eventually get into the public vocabulary on their own merits, be recognized as describing something important, and actually change people’s opinions and behaviors.

Or hey, we could all just call whatever we’re working on virtue, truth, and beauty. We’d feel good about ourselves, have lots of invigorating fights with the public, and move maybe 0.5% closer to our goals per year.

It’s Just Too Hard to Learn, I Guess
Boilerplate-R-Us
Against Political Criticism
I Hate What I Just Read
This entry was posted in rants. Bookmark the permalink.