You’ve told me how, now show me why 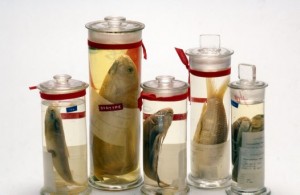 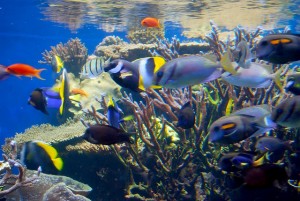 This, on the other hand, inspires everybody. 'Reef tank' by Janine. Used under Creative Commons License.

This seems to be a pattern. I wrote to a blogger who waxes large about the need for feminist SFF, asking her to review one of my works, and she responded that she never reviewed feminist novels. Blog posts ask for recommendations of genderqueer fiction, but are the suggested works ever mentioned again?

The fact is, the business of telling writers what to do seems to be way, way bigger than the business of celebrating writers for having done it. So we end up with lots of talk about feminism in SFF, and a whole generation of female SFF writers who have been dropped out of the field’s history. We have people whose image of reading non-traditional authors is based on categories rather than on enthusiasm, who respond to the suggestion that they read non-white-male authors as if they were being asked to slog through social science textbooks rather than being invited to open a new chest of treasures.

And why shouldn’t they feel that way when the articles they see keep presenting the same basic writing advice over and over, as if people can only write diverse characters by laboriously ticking off boxes on a checklist and making sure to avoid problematic tropes? When we keep hearing what we ought to do, instead of how much fun it was to read a book that had done it?

I want everyone who writes an article about how we should be writing women, or any other kind of character, to also write at least two reviews of books that exemplify that skill. Not just tacking on a list of recommended books at the end of another advice column but seriously engaging with one of these works, making it the focus rather than just a tossed-off example of the real topic of the article, paying more attention to the actual characters in all their specificity and variety than to theories and analytic structures.

( Something like this, from nerds of a feather. Now, didn’t that make you want to read something?)

Credible Fiction
Stuff That Enrages Me, and Why I Read It
Shop talk, AARRGGHH!
Those Who Favor Fire
This entry was posted in all right already!, characters, rants, writing. Bookmark the permalink.